A recent visit to Stillwater revealed new and exciting discoveries.  Even though I came here many times before it was easy to skip over details of the city, as I was busy going back and forth across the river, to be with my aging mother.  Now she is gone, but not forgotten, for she taught me to see from the heart.  She would like my pictures.

Stillwater is a place I love to explore, with my camera, especially in the morning and early evening.  Please see the photos individually, and read the captions I wrote.

White flower on a sunny morning on my walk.

I called this the gnome house because when you get closer there are gnomes all over the yard. I got very good vibes from this house.

The Art of Writing. These old boxes looked so lonely, in a row. They belonged to a lonelier looking set of apartments. Seemed to be almost vacated. 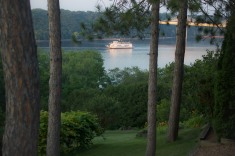 Quite proud of this picture, I had to venture into the side yard of someone’s property to get it. Hope they don’t mind. Many of the pictures came out blurred but this one was the magic moment. Here you can see the paddle boat coming up river. Behind it is the new bridge, almost in completion. This new bridge should slow the traffic which now pours through the downtown of historic Stillwater, to cross over into Wisconsin. 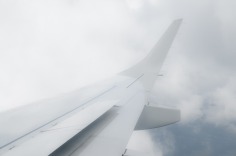 In flight. Got to get there some how. 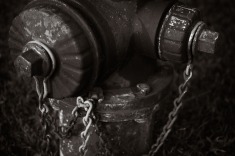 Found this hydrant. Just in case of fire.

Some drying flowers along the fence of Fairview Cemetery.

A view of the old lift bridge and grain mill. This bridge will soon be part of a State Park and converted into a walk and bike way, when the new bridge downriver is inaugurated. Should happen in just a few days.

On a trolley tour the driver told us that these square houses were for the ‘River Rats’ or the men that worked on the The Boom. Rarely did they bathe thus came the name. Many of them perished in the dangerous work of logging dams. The history of the lumber business is fascinating, and created an environment where the Lumber Lords lived alongside people of walks of life. It must have been a very vibrant city, indeed. 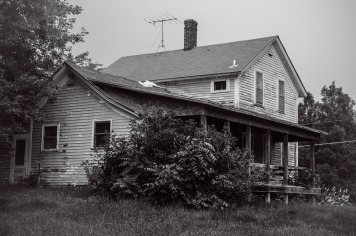 Abandoned house in Stillwater. I saw this house two years ago. It looks much the same as it did then. Not improved from its dismal state. Perhaps someone will buy it and give it a new face. This is common in Stillwater, as it is a desirable place to live, for many reasons.

Taken at dusk this renovated house. This style of house is abundant. I believe it is one of the older types of houses, lived in by the working class, who worked on the river boom or lumber yards.

A few years ago, I featured a page on Stillwater that barely scraped the surface. Have a look at what I found; https://tiffanycreek7.com/stillwater-minnesota/.