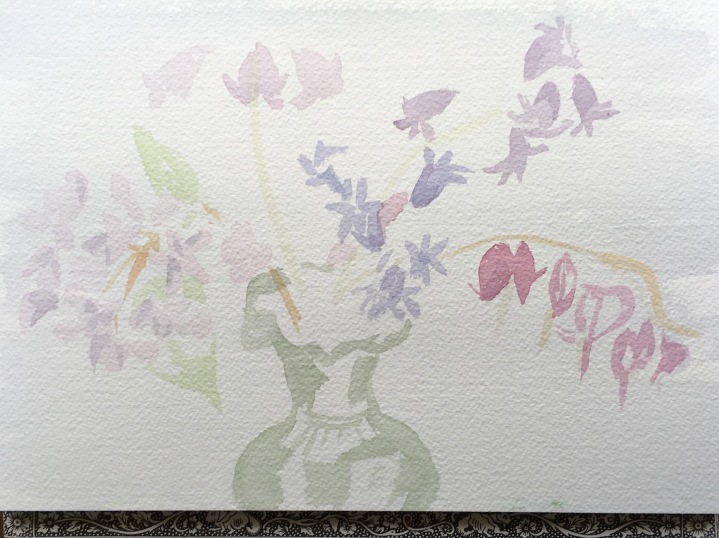 A rainy day,  I walked from the opening of the bridge seen in the background.  When I got to the other side I encountered this Gentle Soul, whose name is forgotten to me, if I ever knew it.  She asked me if I would take her picture with her iPhone to send to her son, living in London. I said, “Of course!”  She added that her father had died in the past year.  She was visibly sad, and lost.  I asked her if I could take her picture with my camera and she consented. She and I parted ways.

After I conversed with a merry couple by the bridge, I headed to an ancient church down the lane.  It is St. Michael’s. As I entered the tiny chapel, I caught a glimpse of my new friend, brushing a tear from her eye.  I quickly fled from the doorway, and she came out.  We exchanged new words.  I asked her about her dad, and she changed the subject.  Again, we parted ways.  And, the last I saw her was in the distance walking in front of the train station, at Betws Y Coed.  To this day I wonder where she fled.  This poem by Wadsworth, reminds me of my encounter with a long lost friend.

The Arrow and the Song

I shot an arrow into the air,

It fell to earth, I knew not where;

For, so swiftly it flew, the sight

I breathed a song into the air,

It fell to earth, I knew not where;

For who has sight so keen and strong,

Long, long afterward, in an oak

I found the arrow, still unbroke;

And the song, from beginning to end,

I found again in the heart of a friend.