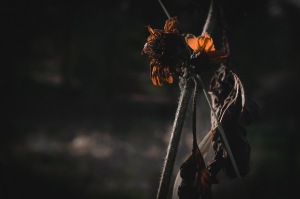 …about the character, Pip, from Charles Dickens, “Great Expectations”:

“It is shocking to find out that a character you love and cherish is not viewed by the author in the same way that you view the character.  But in the magical world of writing, it is possible for an author to give birth to characters and elements that grow beyond his or her control.”

Much has been written about Willa Cather, born in Virginia, but made Nebraska her home at 9 years of age, and embraced the atmosphere of the prairie for the rest of her life, especially in her writing.

Some of the most interesting viewpoints I have read about Cather came out of the edition of “‘My Ántonia’ Willa Cather” edited by Joseph R. Urgo, Broadview Press Ltd, 2003.  In the appendices of this edition are included early 20th century critics view of Cather’s “My Ántonia”.  These critiques give great praise to Cather’s writing.  One describes her creation of the character, Ántonia as ‘unconquerable’ individual, a stalwart of the early european immigrants.  In general, it compares the brilliant artistic simplicity or Cather’s writing style to that of others, which is ‘cluttered and self-conscious’.

In another critique, the author notes how the story of My Ántonia, simply unfolds before the reader’s eye.  It is a realistic, but tender and vivid portrait, of a young Czech girl who arrives in America with her family because of her mother’s insistence to immigrate in search of a better life.  The father, a violinist, totally homesick for the richness of his culture and homeland, commits suicide when Ántonia is an adolescent.  All of this is witnessed and told by Jim Burden, the young american boy who grows up as Ántonia’s friend, who secretly loves her all of his life and follows her to the end.  The story devoid of plot and action and stands alone on the ‘form and grace of Cather’s literary manner.’

Cather has no aim to improve the world.  The story is told by suggestion and indirection. Cather, herself, is quoted as saying about writing, “the thing worthwhile is always unplanned”.

Further noteworthy remarks about Cather is her craft in including stories within stories, such as the Russian Bride story, which functioned as a backdrop in ‘My Ántonio’ as a means to explain the arrival of the two Russian brothers, neighbors to Ántonia’s family, the Shimerda’s.

Another novel similar to My Ántonia is “Sister Carrie” by Theodore Dreiser.

Bring me all of your dreams

Bring me all of your

That I may wrap them

Away from the too rough fingers